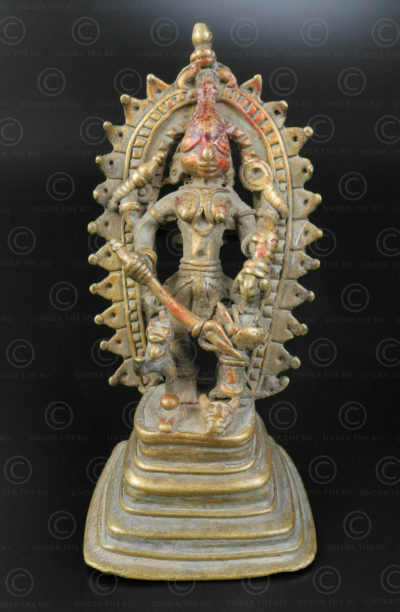 Bronze statuette of four-armed Durga riding a tiger, with a mandorla. She is the most popular incarnation of Devi and one of the main forms of the Goddess Shakti in the Hindu pantheon, the protective mother goddess, willing to unleash her anger against wrong and violence for liberation and destruction to empower creation.
Gondh tribe, Madhya Pradesh state, Central India.
Circa 19th century.
122 mm high.

You can send us an E-mail with the form below to get more information : details, pictures, ...