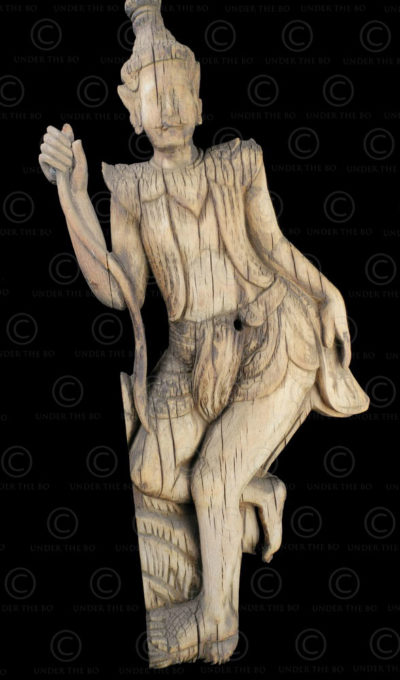 Teakwood statue depicting a noble man with a moustache in a swaying posture. Part of the gable of a monastery or of Kentung Royal Palace (Shan state) demolished in 1991 by the then military junta to avoid a rallying point for the local people.
Mandalay style, Kentung, Eastern Burma.
19th or early 20th century.
77 cm high.

You can send us an E-mail with the form below to get more information : details, pictures, ...